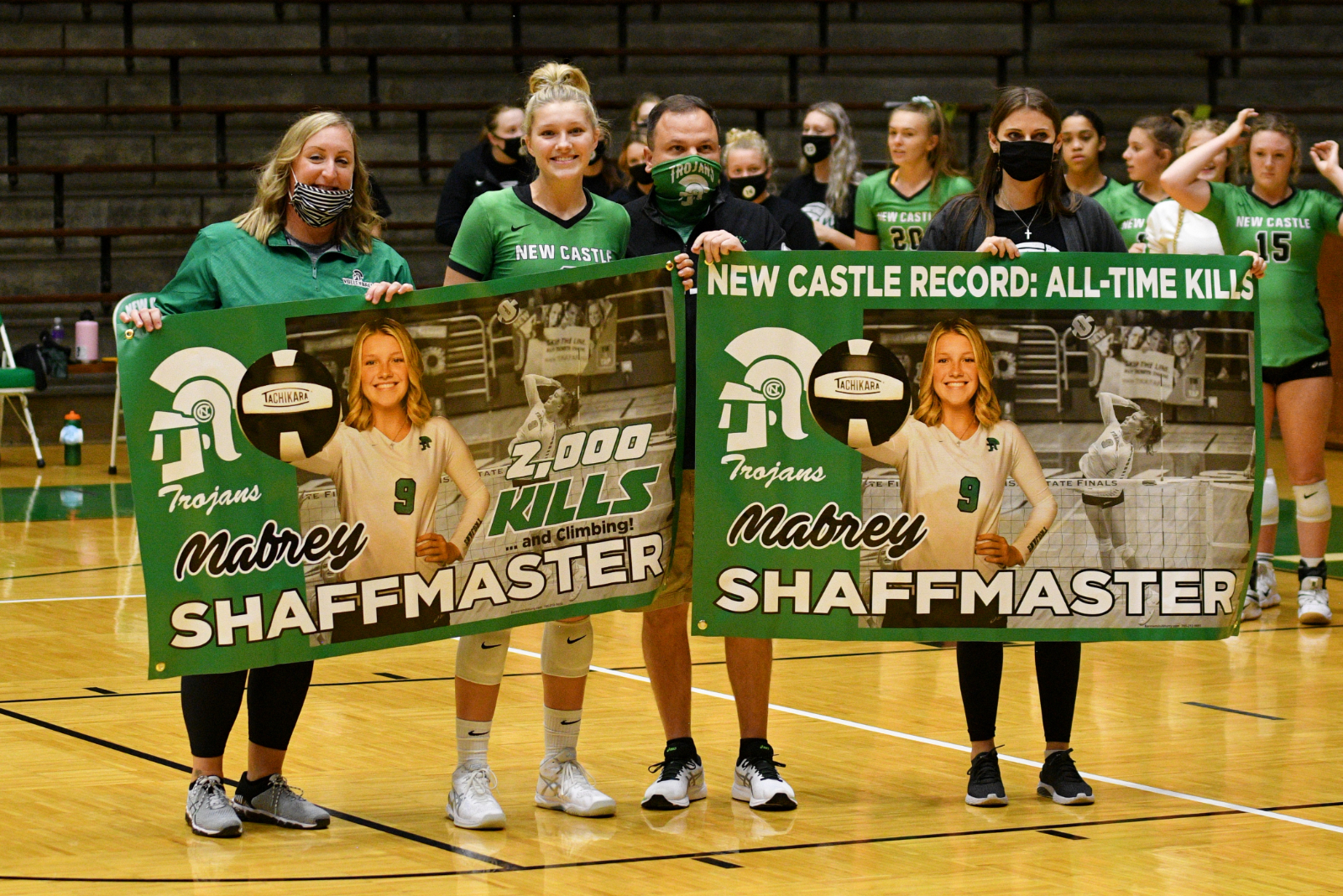 Congratulations to Maybrey Shaffmaster on achieving the 2,000 kills benchmark and surpassed the NC school record previously held by Lauryn Gillis for career kills. Maybrey owned the schools single game kill record and topped that record by achieving 46 kills in a single game this season.
Good Luck to the Trojan Volleyball program in the remainder of their season and again, Congratulations to Maybrey on these accomplishments! GO TEAM!