In an effort to bring the community together and raise funds for athletic programs at New Castle High School, the athletic department has scheduled to Harlem Wizards to come play against a team made up of our coaches, teachers, and other staff members!

Ticket Prices: $6 in advance/$10 at the door.  A limited number of court-side seats will be available for $25 each.

TICKETS ARE ON SALE IN THE ATHLETIC OFFICE EVERY DAY UTIL 4:00 PM.

More on the Harlem Wizards:

Often the Wizards are compared with the Globetrotters by people who have not taken in a Wizards show. Todd Davis, Wizards President, said, “While the Globetrotters are quite well known and many consider them synonymous with show basketball, they do not deliver the kind of connection, feeling, fun, community and excitement that the Wizards do. The Wizard experience is unique in the world. Many fans tell us that the Wizards show is beyond comparison.” Davis harkened back to the old Avis tag line, “we do try harder, but even more importantly is that you will laugh harder at a Wizards show.”

Whereas an NBA team’s success is measured in wins and losses, the Wizards’ victories lie in the millions of smiles they are responsible for and the millions of dollars raised for charitable organizations, schools, and foundations across the world. Since 1962, the Wizards have been making history with the happiness, fun, goodwill and excitement they bring.

As it celebrates 50 years of basketball wizardry worldwide, the Harlem Wizards, started in 1962 by New York sports promoter Howie Davis, pursues his vision of an organization that would put a different spin on show basketball. Fifty years later the Wizards are an institution, creating awe-inspiring fundraiser events for schools and non-profits. This season, we expect to play over 300 games around the United States and anticipate raising in excess of 1 million dollars. Smiles and enthusiasm for the Wizards matchup vs teachers, coaches and community leaders will abound. 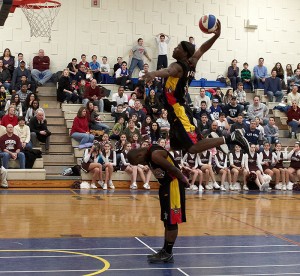 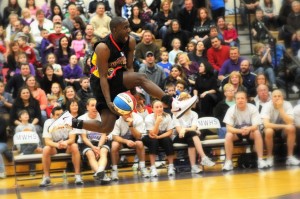 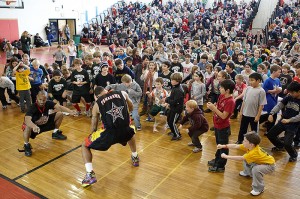 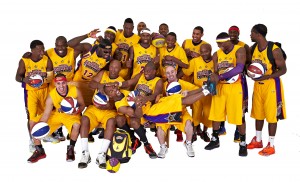